The Origins of the Referendum

For those who do not follow British politics closely, the following articles provide some historical perspective on the UK's ambivalent relationship with the EU and the impetus for holding a referendum on EU membership.

The following resources summarize the process of withdrawing from the EU, the UK's options for retaining access to the EU's single market, and the constitutional implications for the UK's future as a unified state. 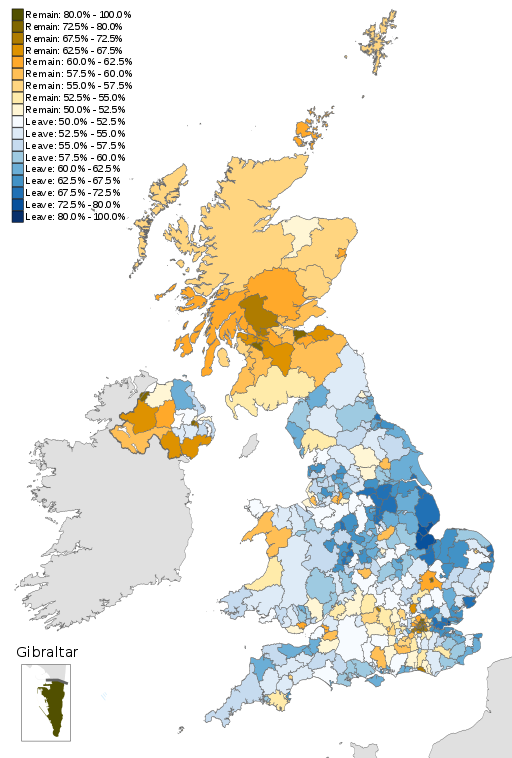 Areas that voted to leave the EU are shown in shades of blue.  Areas that voted to remain are shown in shades of yellow and gold.  The map reflects the high degree of polarization between areas that voted strongly to leave (the Thames estuary, the English Midlands, and economically struggling, post-industrial regions) and those that voted strongly to remain (London, Brighton, Bristol, Cambridge, Cardiff, Liverpool, Manchester, Oxford, Reading, York, and other prosperous urban centers, as well as Scotland and Northern Ireland).