The WTO administers the multilateral trade deals annexed to the Marrakesh Agreement, monitors the trade policies of its members, provides a mechanism for settling trade-related disputes, and serves as a forum for multilateral trade negotiations.

Like its predecessor, the GATT, the WTO operates as a rules-based, member driven organization.  All major decisions are made by the membership as a whole, with each member having an equal voice.  Ordinarily, decisions are made by consensus.  A consensus is reached if no member formally objects to a decision.  In a limited range of circumstances, the WTO agreements allow for decisions to be made by voting, usually by a supermajority.

For further information about the WTO's organizational structure and governance, visit the Understanding the WTO section of the WTO's website or consult the secondary sources listed in the column to the right. 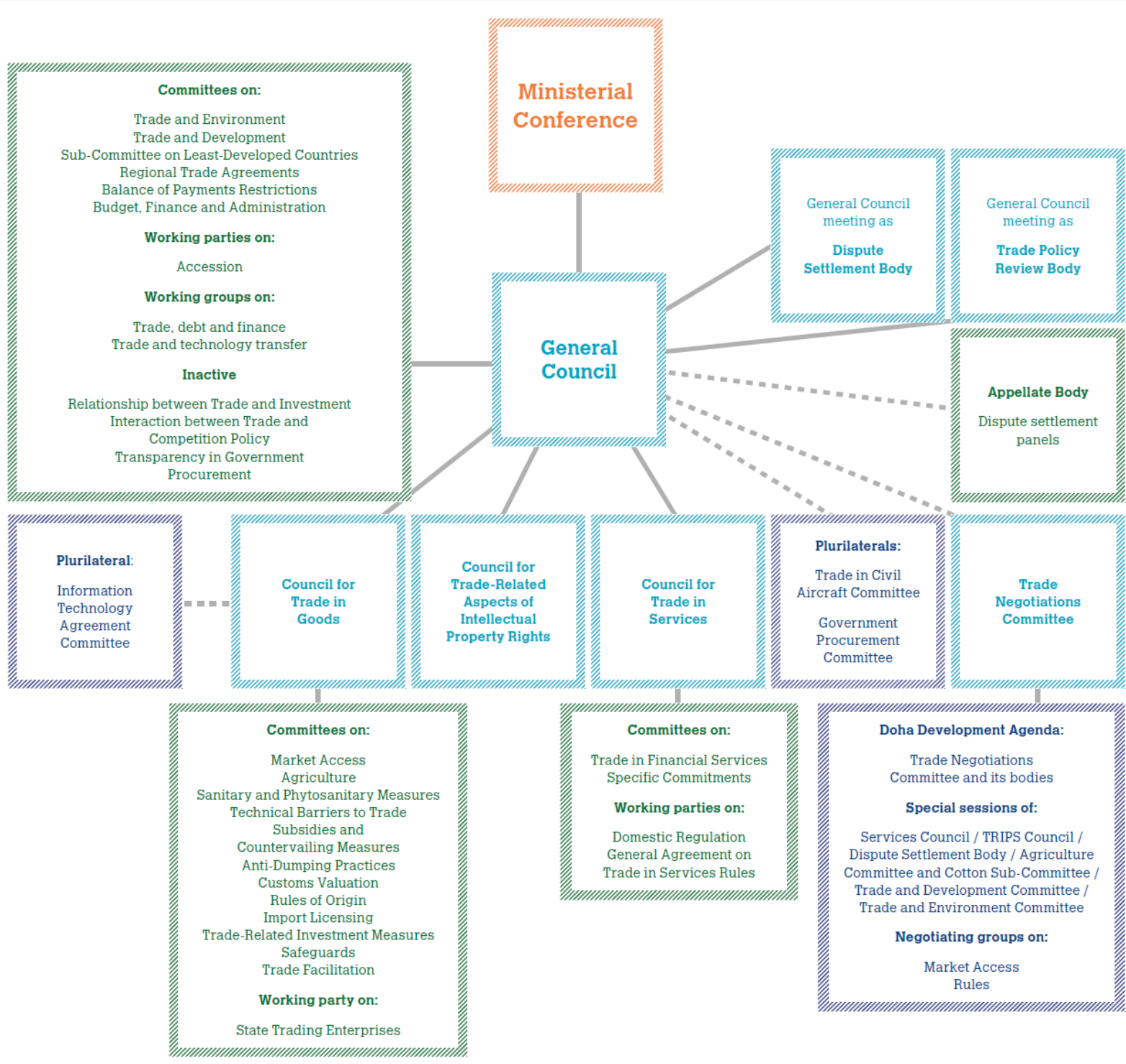 Six committees with narrower responsibilities (ranging from trade negotiations to trade and development), as well as various working groups, also report to the General Council.  Many of these subordinate bodies, in turn, have their own sub-committees and working groups.