The entities described below, established under the UN Charter, have a broad mandate to promote human rights and to monitor the compliance of all UN member states with their human rights obligations under the Charter.

Office of the High Commissioner for Human Rights (OHCHR)

Part of the Secretariat, the UN's executive arm, the OHCHR is responsible for coordinating efforts to promote and protect human rights.  It provides research, technical expertise, and logistical support to facilitate the work of the Human Rights Council and other charter bodies.  It also supports the work of the treaty bodies that monitor compliance with the UN's core human rights treaties.

OHCHR Website
The OHCHR's website is one of the best gateways for accessing UN documentation on human rights issues and includes links to the following resources:

The HRC functions as an inter-governmental organization, and its decisions are based on majority voting.  Like its predecessor, the HRC has been criticized for allowing member states with poor human rights records to serve on the Council, potentially shielding themselves from heightened scrutiny, and for devoting a disproportionate share of its resources to the Israeli-Palestinian conflict.

Universal Periodic Review (UPR) is the process by which the HRC evaluates the human rights practices of each UN member state.  As part of this process, each member state is expected to submit a self-assessment ("national report") to the HRC.  The Council solicits input from other UN bodies, and from NGOs and civil society organizations, before issuing its own report and recommendations.  Visit he HRC's website to access UPR Documentation by Country.

The HRC also is authorized to conduct on-site investigations and fact-finding missions, and to consider individual complaints ("communications") alleging gross and systematic violations of human rights by any member state.

Special Procedures of the HRC

The term "Special Procedures" refers to individual experts (often called "rapporteurs") or groups of experts ("working groups") appointed by the HRC (or by its predecessor, the Commission on Human Rights) to independently investigate and report on gross and systematic human rights violations. 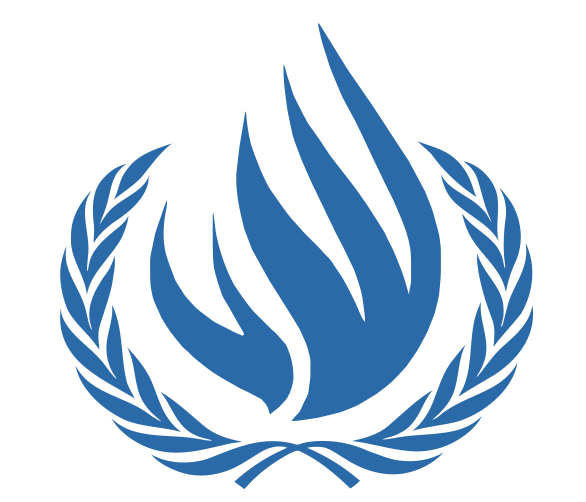 Logo of the Human Rights Council via Wikimedia Commons.