Foreign law is the national (also referred to as domestic or internal) law of any country other than the United States and research methods will vary depending on the country you are researching. This guide provides starting points. 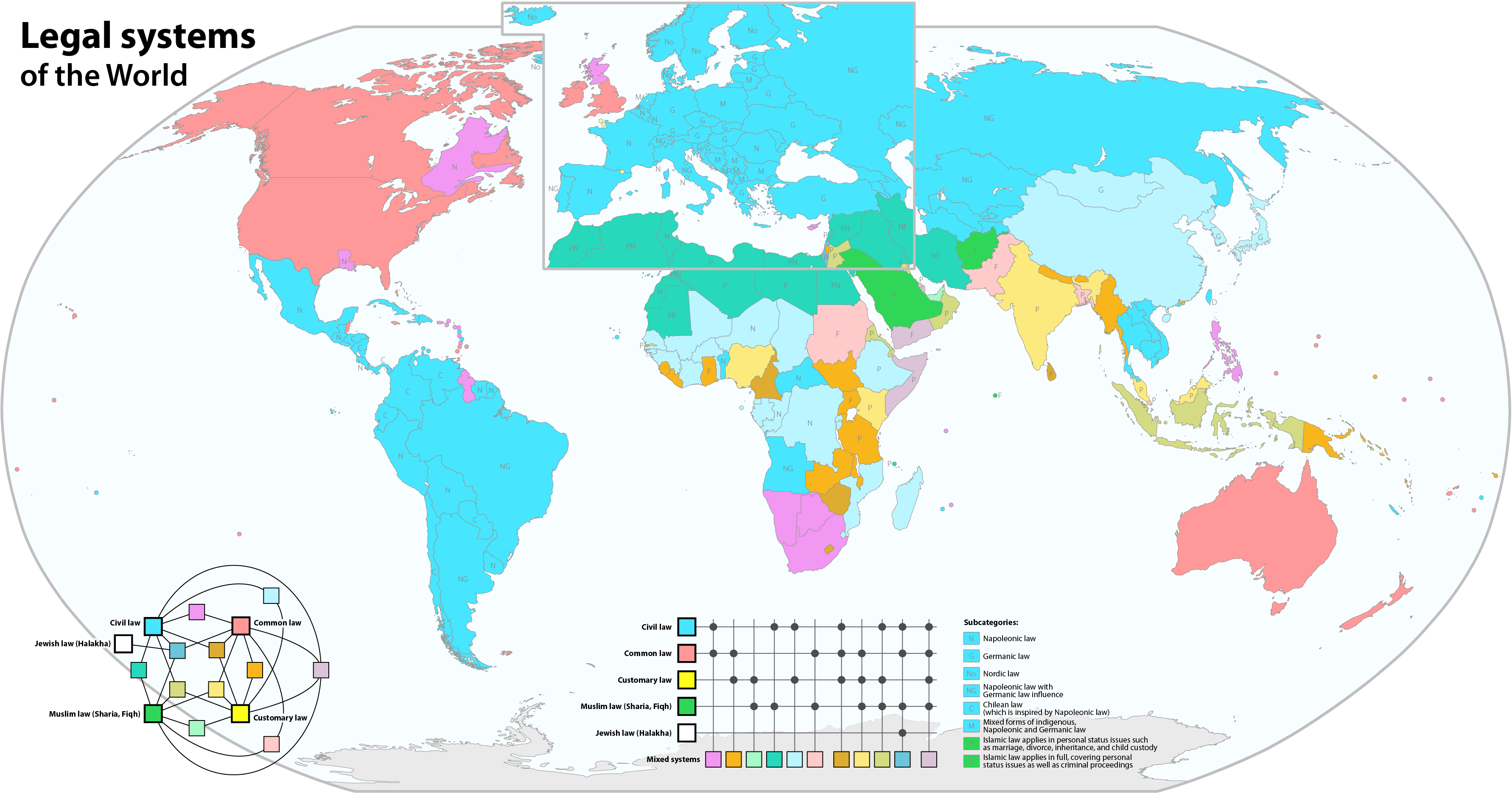 Before you begin researching the law of a foreign jurisdiction, take a few minutes to familiarize yourself with its legal system. Developing a basic understanding of a jurisdiction's legal system will help you to determine what are the primary sources sources of law and what types of legal materials you can reasonably expect to find.

The two dominant legal traditions in the world are civil law systems, in which core principles are codified as primary sources of law, and common law systems, in which judge-made decisional law has equal standing with statutes enacted by legislatures and regulations adopted by administrative agencies.

Some foreign jurisdictions, particularly those in Europe and the Western Hemisphere, have legal systems which fall exclusively within either the civil law or the common law tradition.  Other jurisdictions have mixed legal systems, which incorporate elements of two or more legal traditions.  This is especially true in Africa and Asia, where many countries that have adopted civil law or common law systems also have retained elements of customary law and/or religious law.

The electronic and print resources described below will help you to determine what kind of legal system is in place in a particular foreign jurisdiction.

For a brief overview of a foreign jurisdiction's legal system, consult one or more of the following online resources:

The Federal Judicial Center's Primer on the Civil Law System provides a helpful introduction to the civil law tradition. To develop a deeper, more nuanced understanding of the world's major legal traditions, or the legal system of a particular foreign jurisdiction, consult one or more of the print resources listed below:

To locate jurisdiction-specific resources from the Georgetown Law Library's collection, use the Advanced Search and select Law Library Catalog.  In the first line, select Subject as the search field and enter the name of the desired jurisdiction in the search box.  Use the remaining lines to search for additional words or exact phrases using the default Any Field setting.