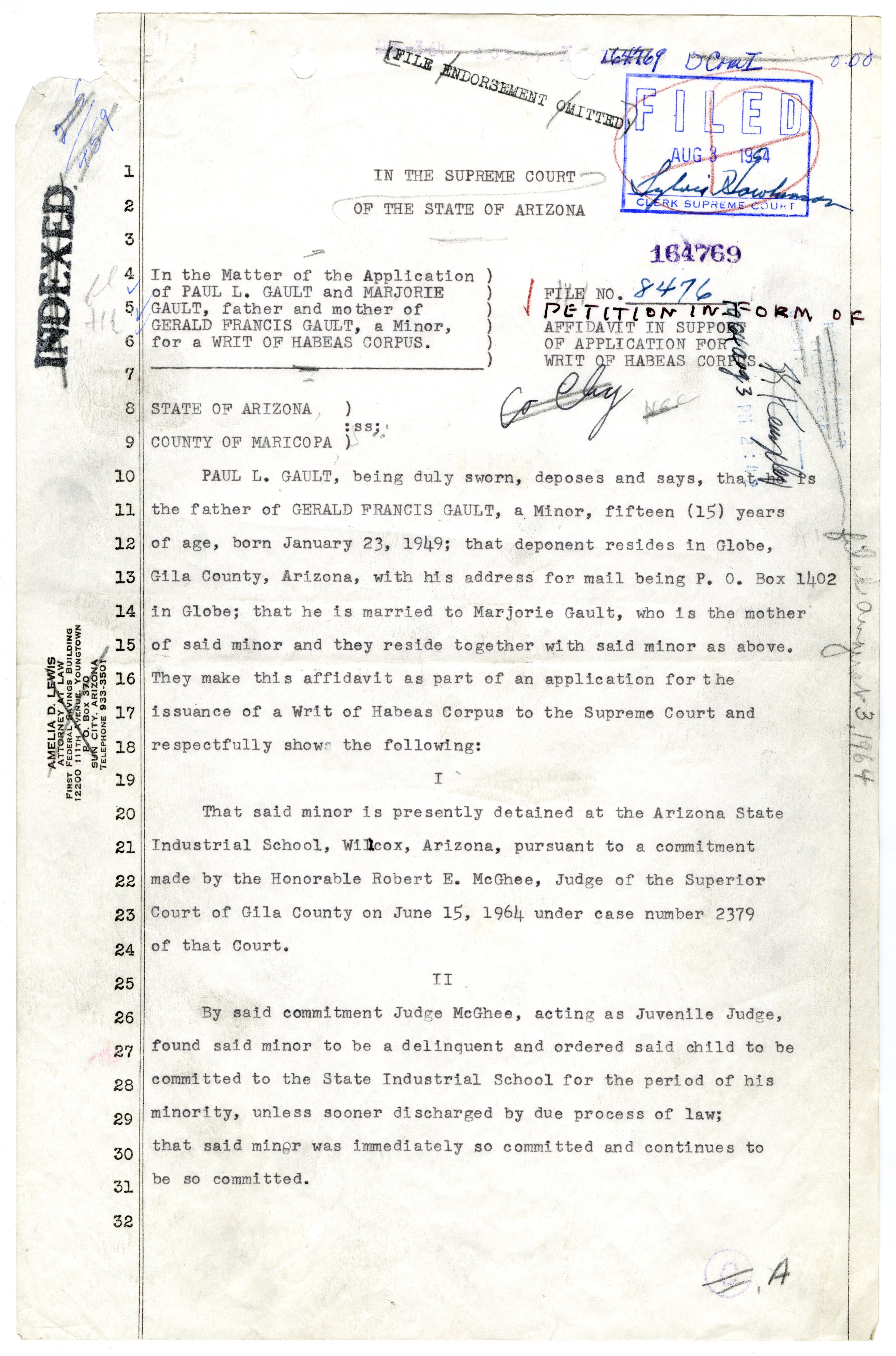 I. Case file and briefs:

* The original United States Supreme Court in re Gault case file has been digitized, and is accessible through the website of the National Archives and Records Administration: https://catalog.archives.gov/id/44160793

* Not all the Briefs are included in the case file. To locate the briefs, go to:

* Interviews with Amelia Lewis and Gerald Gault, in: Legal Heroes, produced and written by Larry Dubin, Professor of Law, University of Detroit Mercy School of Law, 1988. VHS copies are available in several libraries, a digitized copy is also available at the National Equal Justice Library, Georgetown Law Library, or from Professor Dubin directly.