Refugees in the United States

In 2015 the United States admitted 69,933 refugees. A refugee is defined as a person who has fled his or her home country and cannot return based upon a "well-founded fear of persecution" due to race, religion, nationality, political opinion, or membership in a social group.  Refugees who meet this criteria, in addition to being admissible to the United States, are eligible for resettlement in the United States.

A principal applicant can be joined by a spouse and unmarried children under the age of 21.  Additional family members may be eligible under certain circumstances.

Once admitted to the United States a refugee has a 12-month period to apply for a status of Lawful Permanent Resident.  Admitted refugees are authorized, and expected, to have employment during this 12-month period.  As a permanent resident, a refugee can apply for citizenship.

A refugee is defined as a person outside of the country of his or her nationality, or if stateless, outside of the country of last residence, who is unwilling to return to that country and avail herself of its protection.  This unwillingness must emenate from persecution or a well-founded fear of persecution and this persecution must be based upon her race, religion, nationality, political opinion, or membership in a particular social group.  Any person who ordered, incited, assisted, or participated in persecution is ineligible for the status of refugee. See the Convention and Protocol Relating to the Status of Refugees and the Refugee Act of 1980.

An asylee is a refugee who is seeking, or who has been granted, asylum.

Process of Becoming a Resettled Refugee in the United States

A refugee application is referred to the U.S. Refugee Admissions Program (USRAP) by the United Nations High Commissioner for Refugees (UNHCR), a U.S. embassy, or a nongovernmental organization. The application is then prepared by a Resettlement Support Center (RSC) for presentation to the U.S. Department of Homeland Security. The application is followed by an applicant interview with the Department of Homeland Security, Citizenship and Immigration Services (UCSIS).  A refugee's sponsorship is typically provided by a non-governmental organization.  The process generally takes 12 to 18 months to be completed; however, each case is considered on an individual basis and processing times will differ.

Current Statistics on Refugees in the United States

Statistics on refugee country of origin and location of resettlement are available here.

Rebecca Hamlin, Let Me Be a Refugee: Administrative Justice and the Politics of Asylum in the United States, Canada, and Australia (2014). 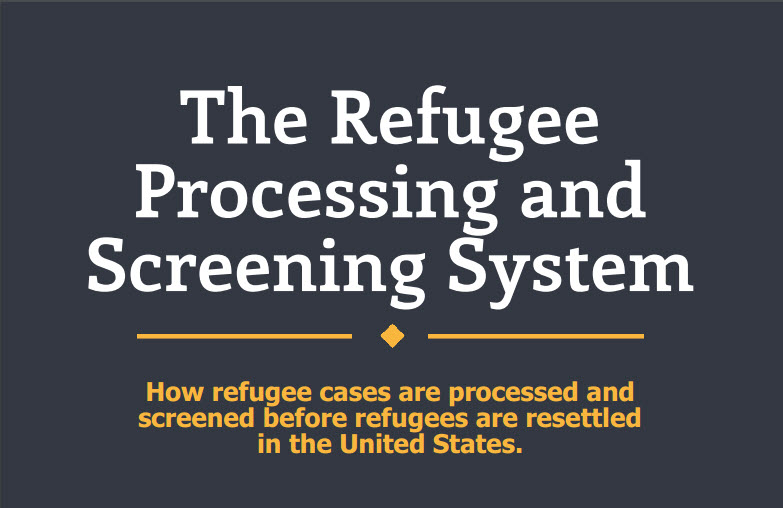 Right to Maintain Family: A refugee can petition for asylum as a principal and include in the application his or her spouse and unmarried children under the age of 21.  However, the asylum for each family member will be adjudicated individually.  A family member's asylum application can be denied despite the approval of the principal's application.  If a family member was not included in the original application, a principal can request derivative status for a spouse or child.

Right of Reentry into the United States: An asylee is permitted to travel outside of the United States and to return to the United States, but with multiple restrictions. If an asylee travels to the country of persecution it is assumed that the aslyee has abandoned his or her application for asylum. (See 8 C.F.R. § 208.8)

Physical Support Benefits:  There are numerous support benefits available to refugees and asylees, including cash and medical assistance, as well as food assistance through the Supplemental Nutrition Assistance Program (SNAP) and Women, Infants, and Children (WIC).

The Fourteenth Amendment, and through its extension by the Fifth Amendment, gives the right of equal protection under the laws of the United States' to all foreign nationals with who are present within the boundaries of the United States.  However, the United States Supreme Court ruled in Graham v Richardson (1971) that alienage is a "suspect" class, and therefore, any differences in treatment based on alienage must be strictly scrutinized and there must be a compelling state interest to justify the difference in treatment.  However, in subsequent case law, the requirement for strict scrutiny based upon a person's legal status has been modified and a lower standard of scrutiny has become acceptable, dependent upon the question at hand.  (For a complete discussion see section 9:1 in "Rights and Obligations of Non-Citizens," in Fragomen on Immigration Fundamentals.)

Foreign nationals who have, or have had, physical presence in the United States can bring claims in U.S. courts, as allowed under subject matter or standing jurisdiction.

Foreign nationals do not have the right to vote, hold public office, or sit on juries.  However, a noncitizen can serve in the military of the United States, which can provide an expedited route to naturalization.  In addition, refugees, permanent residents, asylees, undocumented immigrants, and those who overstay their visa are required to register for Selective Service, if applicable.  Not doing so can make an individual ineligible for permanent residency status and naturalization, as well as potential deportation.

The Experiences of Refugees